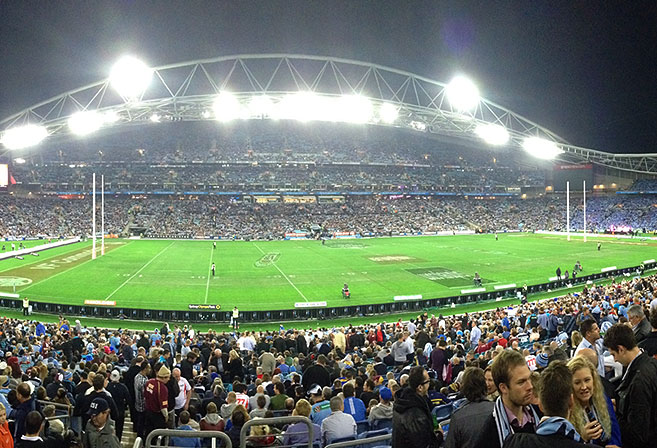 ANZ Stadium will play host to a historic first stand-alone Holden State of Origin match next year . . . a Sunday blockbuster that promises to be one of the most anticipated sporting events of the year.

Desperate to end the Queensland Maroons’ Origin dynasty, the NSW Blues will get the chance to play in front of their parochial home fans in the crucial State of Origin Game II on Sunday 24 June. The match will kick off at 7.45pm after a huge pre-game party in Sydney Olympic Park.

Origin has not been held on a Sunday night since the 2001 series — the only time the games were played on a Sunday.  2018 is also the first year of a revamped Origin schedule, with just one split round of NRL matches in a bid to avoid repeated disruptions to the competition.