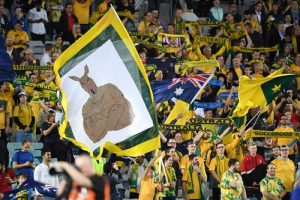 Association football, more commonly known as football or soccer, is a team sport played between two teams of eleven players using a spherical ball. It is widely considered to be the most popular sport in the world.

The modern game was codified in England following the formation of The Football Association, whose 1863 Laws of the Game created the foundations for the way the sport is played today. Football is governed internationally by the Fédération Internationale de Football Association (International Federation of Association Football), commonly known by the acronym FIFA. The most prestigious international football competition is the FIFA World Cup, held every four years. This event, the most widely viewed in the world, boasts an audience twice that of the Summer Olympic Games.