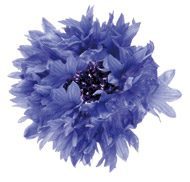 The Victoria Derby is an Australian Thoroughbred horse race held annually on the first day of Melbourne’s annual Spring Racing Carnival, Victorian Derby Day, held at Flemington Racecourse in Melbourne. A Group One race for three-year-old horses, it is raced on a left-handed turf course at a distance of 2,500 metres (1.553 miles). It marks the beginning of Melbourne Cup Week with Victoria Derby Day traditionally held on the Saturday prior to Melbourne Cup Day, which is the first Tuesday in November every year. Total prize money for the race is AUD$1,500,000 and $10,000 trophy.

Originally run at a distance of 1½ miles, in 1972 it was changed to 2,400 metres to conform to the metric system. However, the new distance brought potential danger from too short a run from the start to the first turn and as such it was changed again in 1973 to its present distance of 2,500 metres.

While the major focus of Victoria Derby Day is the stars of the turf (since it is the only race day in Australia where each and every race has Group Status), in recent years the annual ‘Fashions on the Field’ celebrations have shared the limelight. ‘Derby Day’ has become ‘Men’s day’ in the Fashion Stakes, and every year increasing numbers of fashionable gentlemen competing for prizes and a spot in the social columns. Traditionally black and white are worn on this day by women and morning suits by men. The flower of the day is a blue cornflower. In 2006, a crowd of over 129,089 broke the Flemington attendance record previously held by Melbourne Cup day 2003.